How To Know If You Are Suffering From Sleep Apnea 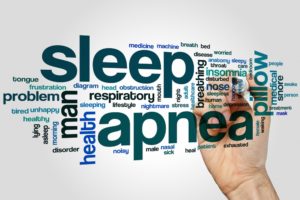 While sleep apnea affects an estimated 20 million people, it is also estimated that 80 percent of sleep apnea cases go undiagnosed. Because sleep apnea takes place while you are asleep, it may be impossible to know that you have it. In most cases, it is a sleep partner disturbed with the excessive, loud snoring of their bed partner that brings it to their attention. Below are some symptoms that indicate you may be suffering from sleep apnea.

Signs and Symptoms of Sleep Apnea to Look Out For

Snoring: It is estimated that 90 million Americans snore, but the fact that you snore does not mean you have sleep apnea. Loud, excessive, disruptive, chronic snoring, however, is one of the most common symptoms.

Lapses in breathing: While snoring is the sound produced by the vibration of oral and throat tissues as they relax while you sleep, sleep apnea is caused by those same tissues blocking your upper respiratory airways. This blockage causes you to stop breathing for 10 to 20 seconds at a time, up to 30 times an hour. In each instance your brain forces you to wake up and breathe again. These sudden awakenings are often accompanied by gasping or choking sounds.

Daytime Drowsiness: Many of us become drowsy at certain points during the day, but a sleep apnea sufferer can experience excessive daytime sleepiness (EDS), accompanied by a chronic feeling of overwhelming fatigue.

Headaches: One of the most common daytime symptoms, along with drowsiness, the frequent breathing lapses mean less oxygen to the brain. Low oxygen levels lead to the widening of blood vessels which can cause vascular headaches.