Take In The Texanische Nacht

Schedule an Appointment
Home > Community > Take In The Texanische Nacht 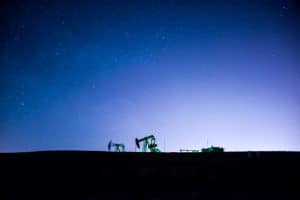 In 1852, German immigrants that settled in Austin formed a traditional singing group. Around twenty years later, the group officially organized as a singing society bearing the name “Saengerrunde”. The Saengerrunde is the oldest ethnic organization in Austin. A favorite meeting place for Saengerrunde members was Scholz Garden, a beer garden established in 1867 by German immigrant August Scholz. The Austin Saengerrunde club purchased the facilities, which have continued to encourage members and guests to preserve and enjoy German heritage.

On July 15th, the Austin Saengerrunde will be holding their annual Texanische Nacht celebration. Starting at 5pm, there will be a happy hour featuring Maudie’s tex-mex margaritas & guacamole with chips and salsa. Twisted X Brewing Company will also be showcasing their German-style light lagers during this time. At 6pm, a chicken & beef fajita dinner will be provided by the club that will also include tomatoes, onions, rice, beans, and flour tortillas. The Cornell Hurd Band will be performing from 6pm until 10pm. Every person in attendance is encouraged to hop on the dance floor and dance the night away.

Have A Smile You Love

Our dentists offer a number of restorative, implant, and other dentistry options to give you a smile to celebrate. Contact us at our local Austin, TX office at 512-250-9444.