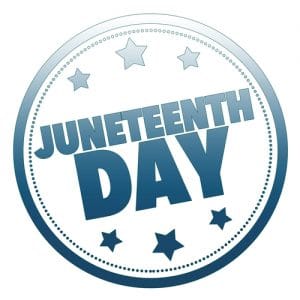 One of America’s greatest qualities is it’s a cultural melting pot. America is stronger for having people of varying races and beliefs living freely and equally within it. Juneteenth, also referred to as “Freedom Day” or “Emancipation Day,” is the oldest known African American celebration commemorating the end of slavery. This annual event features a 2K walk/run, parade floats, as well as entertainment and celebration at Rosewood Park. Let’s come together as one and celebrate the progress America and its people have made.

Juneteenth, also known as “Freedom Day” or “Emancipation Day” commemorates the announcement of the abolition of slavery in Texas. On September 22nd, 1862, President Abraham Lincoln issued the Preliminary Emancipation Proclamation effectively ending slavery on January 1st, 1863; however, the Proclamation had little effect in the State of Texas until two and a half years later. Union General Gordon Granger, on June 19th, 1865, read General Orders No. 3 to the people of Galveston, Texas: “The people of Texas are informed that in accordance with a proclamation from the Executive of the United States, all slaves are free.” For more information call (512) 369-2725.

Have A Smile You Can Be Proud Of

We can offer you restorative and cosmetic options to give you a smile you can’t wait to flaunt. Contact us at our local Austin, TX office at 512-250-9444.