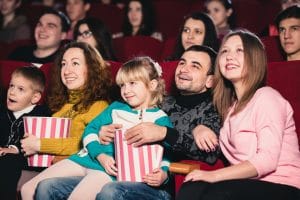 As part of the Broadway in Austin series, the hit musical, Finding Neverland, is coming to the Bass Concert Hall. The Broadway in Austin series focuses on bringing the big hits of Broadway to the city of Austin. Finding Neverland is based on the Academy Award® winning film that tells the story of J.M. Barrie and how he was inspired to create one of the world’s most beloved characters: Peter Pan. In the musical, Barrie struggles to find inspiration for his story until he meets four young brothers and their beautiful widowed mother. Enchanted by the four boys’ pretend adventures, he sets out to find himself and to write a play that will spellbound London theatergoers. The magic of the tale is brought spectacularly to life through this heartwarming theatrical event. Finding Neverland is directed by Tony winner Diane Paulus. Finding Neverland won the Broadway.com’s Audience Choice Award for Best Musical and critically acclaimed. The Broadway run of the show only lasted just over a year, but it has found success during the acclaimed national tour that began in October 2016. There are weekday performances, evening showtimes, and weekend matinees. Tickets range from $30 – $150 and can be purchased online. The show is fun for kids of all ages.

Dr. Carmona’s wide array of expertise can help you make the most of your smile! To schedule a consultation with Austin Prosthodontics in Austin, TX, call 512-250-9444. We also proudly welcome patients from Cedar Park, Round Rock, Pflugerville, Leander, and all surrounding Texas communities.